Skip to main content
May 07, 2019
Beyond the logic and rational: more than 100 years of revolution in art

"La belle epoque"(1871-1914) was a perfect time for glamorous style, in a time characterized by peace and prosperity. The beauty was glorified, avoiding features considered outrageous, but the old establishment, with a highly resistance to innovation was there.

Abstraction, paradoxes and hazard are mandatory elements in this artistic trend. Against the conformism, sometimes surprising but very intriguing,  dada movement continue to fascinate till our days.

Marcel Duchamp and "The fountain"
Can a simple and boring object get an artistic value? In 1917, Duchamp shocked the audience of the exhibition(Society of Independent Artists) when he exposed "the fountain", starting a controversy about how far can the art can go. In 2004, it has been declared the most influential work of modern art of the century, according BBC. 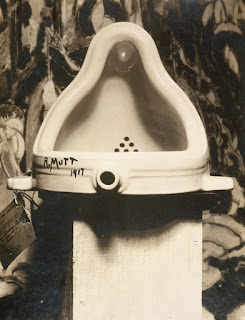 The Fountain 1917, photo by Alfred Stieglitz

After the first world war, an absurd conflict with horrible consequences, that conventional style was replaced with some avant-garde creations . It was the perfect time for innovation, letting behind the old dust of the traditional edge. The industrial revolution already has influenced a few generations and the science and the rational were present in daily lives. So, it was born a revolutionary trend, made by some creative artists who revealed something new in art, more than pure pragmatism.

The surreal art can be defined by:
➨totally freedom of subcontinent;
➨illogical shapes and abstract association of elements, impossible to be seen in real time;
➨far from the conventional beauty;

Maybe the most important name of surrealism, Salvador Dalí was also an extravagant presence, as an artist but also in his personal life. Critics from that time often accuse him that he's more concern  about attention-grabbing public actions, but the art itself. 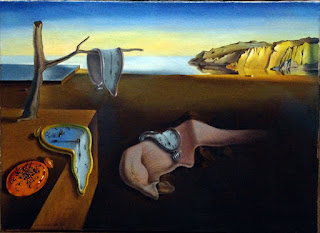